In a recent news article by the News-Gazette, Tom Kacich highlighted the “cockeyed” fundraising numbers in the race to take back the 15th District for the People.

He’s right; the fundraising figures are completely out of balance.

If money alone wins elections, Rep. John Shimkus will win, and he has over a million cash on hand, which he spends lavishly. Over 90% of that money is contributed by PACs and special interests. That doesn’t sit well with me, nor most voters.

All of our campaign’s funds are from individuals, not special interests nor PACs. We’ve also out-raised the other Democratic candidates in the race for the year in only one quarter.

Most constituents don’t vote for a candidate that has pockets lined with big money and special interests, especially when that 20 year incumbent’s record doesn’t align with benefiting the People of the 15th District. That’s what I’ve found when I discuss the issues impacting residents across Central and Southern Illinois.

The People are concerned with paying their bills, lagging wages, healthcare, and a lack of leadership in Washington that will make a difference in their communities.

I might not be wealthy, and I know personally the toll that healthcare can take on every aspect of a person’s life. Each one of us has the ability to make a difference with our ideas, knowledge, and experience.

As long as I’m still alive, I’ll be here fighting the good fight, fighting for others, and fighting to make life better for our communities. We all remain relevant as long as we don’t quit and don’t give up that fight. 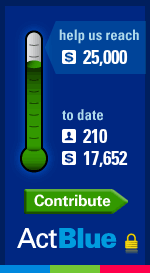